Saint Nicholas has something special in store for book fans. And there are many of them, because books are at the top of a lot of wish lists. In the Saint Nicholas campaign, created by Boomerang Agency, Prime Video puts the spotlight on wonderfully written stories. And there’s no better place to find them, than the many little free libraries across the Netherlands.

Between November 29th and December 5th, Saint Nicholas places books in more than five hundred of these small libraries. Of course, there is a poem included in every one of them. The promotion is part of the bigger Wonderfully Written (Geweldig Geschreven, also by Boomerang) campaign, in which Prime Video highlights the power of written stories and how they are a great source of inspiration for the content on the streaming platform. That’s why all the books that will be placed by Saint Nicholas will have an Amazon Original series or movie equivalent.

In the campaign movie Saint Nicholas and Pete deliver a present at a little free library. Pete watches The Wheel of Time on her phone, of which Saint Nicholas has read the book. This latest Amazon Original is one of the many examples of a show that is based on a book. 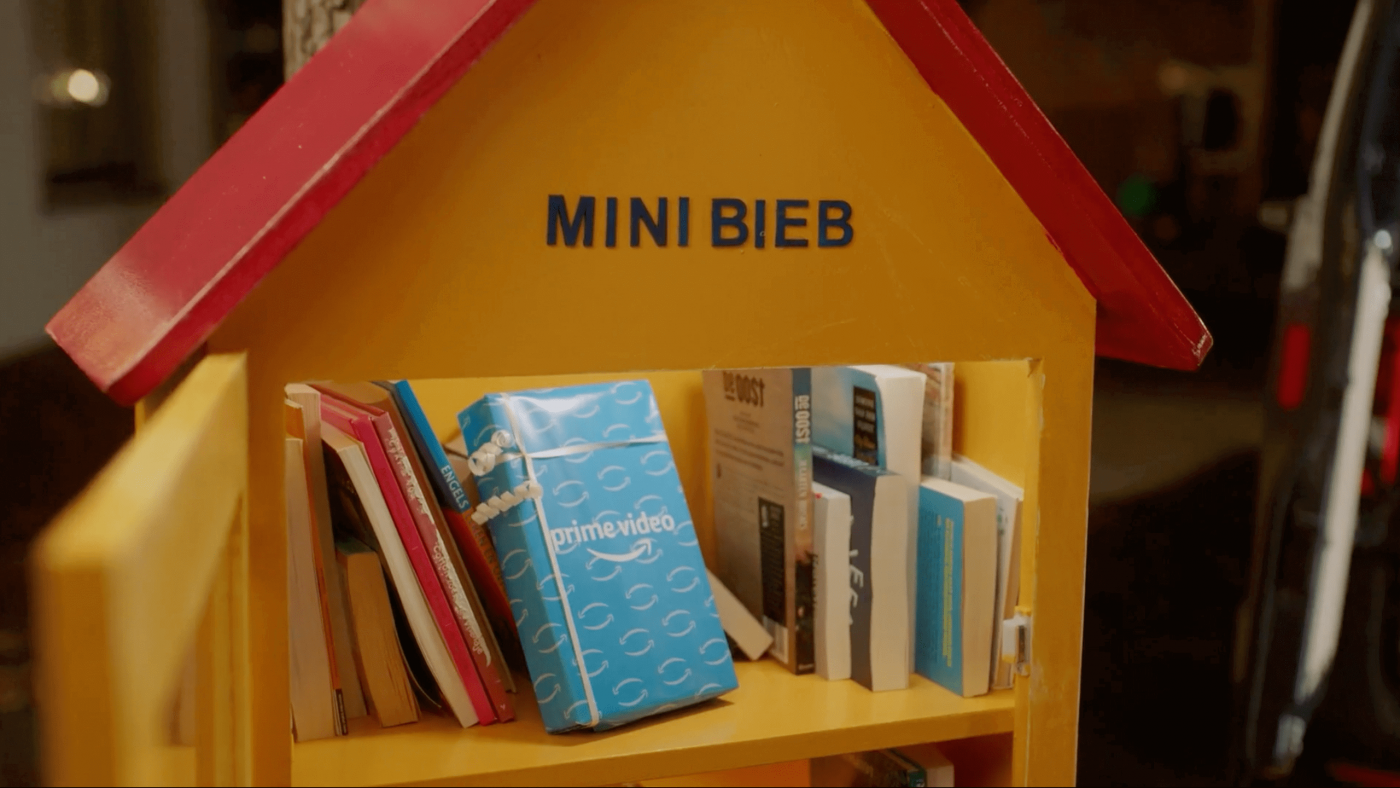 With this promotion, Prime Video simply wants to share beautiful stories. Stories are meant to be shared and the little free libraries of the Netherlands do exactly that. With these gifts, the streaming service wants to thank the owners of these libraries and with the online exposure, it wants to encourage people to take more walks through their neighbourhood and read more. Because more often than not, the hidden gems in these bookcases have served as an inspiration for your favourite stories on the big or small screen.